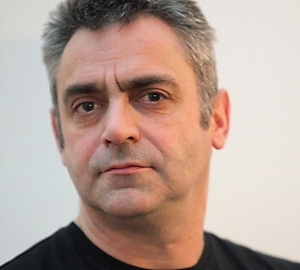 Through an open exhibition scenography that encourages improbable dialogues, Variation – Media Art Fair documents the world in all its tremors, from the most spectacular to the most intimate, by showcasing artworks by contemporary digital artists who often reappropriate these new technologies with surprising results.

The late 1960s saw an effervescence around the convergence of arts and technologies, spotlighted in various projects, groups and events. The Art and Technology Program in Los Angeles, Experiments in Art and Technology in New York, Cybernetic Serendipity in London. All had one point in common, they re-imagined the relationship between artists and the technological environment of their time. It was the age of motion in kinetic art, real-time in video art, aspects that artists from today’s open source cultures are reviving in new ways. Over the past five decades, digital media has persistently “contaminated” artistic media in proximity by infiltrating the lives of each and every one of us. So seamless is this infiltration that we have lost all notion of scale, our everyday tools are digitized in order to optimize data that we don’t even know exactly who controls. Like whistleblowers, today’s artists alert us to the fluctuations of a world we see changing in scale on a daily basis. Artists appropriate fragments, while we reappropriate the work that robots can’t process.

The 2017 edition will showcase 50 French and international artists, through 100 artworks and two rooms presenting a special three-part exhibition dedicated to the history of digital contemporary art.

DOMINIQUE MOULON, curator of the exhibition

For this new edition of Variation – Media Art Fair, the exhibition includes a co-curated historical section, thanks to the combined efforts of Dominique Moulon and Gilles Alvarez. ” L’Origine du Monde (Numérique)” revisits the three decisive trends of the late 1960s by presenting documentation enriched by artworks and historical artifacts.

” 9 Evenings: Theatre and Engineering ” is the first of these events, which takes place in New York in 1966. It spawned the group Experiments in Art and Technology (E.A.T.), officially founded in 1967 by engineers Billy Klüver and Fred Waldhauer with artists Robert Rauschenberg and Robert Whitman. Parallel to the exhibition, ” 9 Evenings ” will be screened in the auditorium of the Cité Internationale des arts on November 22, 2017.

Also in 1966, on the West Coast, Maurice Tuchman initiated the Art and Technology Program at the Los Angeles County Museum of Art. It aimed to pair artists such as Andy Warhol with brands like Pepsi-Cola Company, which would actively participate in funding the U.S. pavillion at the 1970 World Expo in Osaka.

In 1968, Jasia Reichardt curated the exhibition Cybernetic Serendipity (serendipity is also the theme of the Némo Biennial) at the Institute of Contemporary Arts (ICA) in London. This first show dedicated to the confrontation between artistic practices and electronic technologies included a piece by Nicolas Schöffer, which will be presented at the entrance of the Variation exhibition.

A round-table discussion will be held in the auditorium of Cité Internationale des arts  on November 21, 2017 accompany the exhibition.